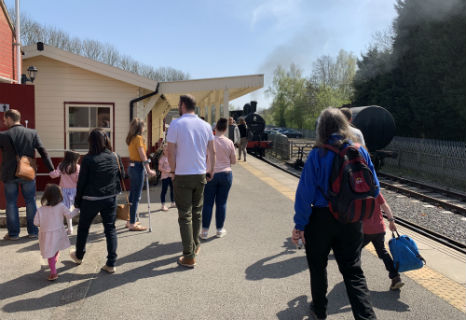 Find out about the support EVRA provide to the railway. 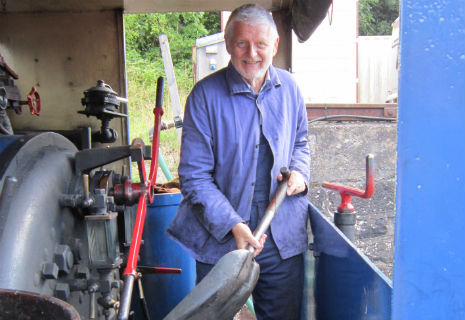 Got some free time?

Consider supporting the railway by lending your time and starting your new hobby with us.

WyvernRail Limited was founded in late 1992 and its founders came from the worlds of BR management and railway restoration. Three years after the last train had run, they were aware of the potential which could exist from the then rumoured privatisation of Britain’s railways.

The initial plan was to lease the line from Railfreight Construction (the BR sector then responsible for the line) and operate a community railway service between Wirksworth and Derby using leased diesel units, probably Class 142 ‘Pacers’. The model used was termed ‘Open Access’, a method of operation used by some operators today (most notably Hull Trains and Grand Central). The Railways Act 1993 created the framework that would allow WyvernRail to start the process, but the industry structure the Act created also caused the whole process to slow down to a crawl.

The line’s saving grace was the designation of Wirksworth Station Yard as a Strategic Freight Site, which meant that the yard was protected for railway use, thus making closure of the line extremely difficult. The line had already had a ‘Near Death Experience’ in 1990 when a track lifting train began to lift approximately one mile of continuously welded track between Idridgehay and Shottle. Fortunately, the work was stopped by British Railways management as it was reported that there was the possibility of new stone traffic on the line. As a result, the line was mothballed and the strategic freight site designation meant that this status remains on the line to this day.

Changes to the structure of the industry following privatisation meant that for several years during the mid-1990s WyvernRail often experienced difficulty in maintaining a consistent relationship with the authorities responsible for the line. However, while progress was slow on the ground, WyvernRail remained active wherever possible. While the most significant achievement was the award of a Light Railway Order for the line in 1996, WyvernRail also investigated other projects, one of which led to the company pre-qualifying to bid for a major InterCity sector passenger service franchise. During this period, the company’s approach changed from Open Access to a straight lease or purchase of the line. In 1997, the Derby and Wirksworth Railway Association was formed in response to growing interest in WyvernRail’s activities. The Association grew slowly over the next three years but, after renaming itself the Ecclesbourne Valley Railway Association in 2000, membership took off when access to the line was finally granted.

For WyvernRail, progress began at accelerate in the Summer of 2000, when Railtrack's management not only took an interest in the firm’s activities but provided a proactive and imaginative basis for negotiations, including granting the company’s volunteers access to the line. This approach led to the restoration of the line, conversion to a plc and the successful share launch of WyvernRail plc in April 2002.

The full line between Duffield and Wirksworth has been open and thriving since April 2011 and focus has now turned to developing services and facilities to support the operation.

Wish to support the railway financially? Become a shareholder...

Want to purchase shares but can't spare a lump sum right now? We operate a ShareSave scheme where you can contribute a small amount each month (multiples of £10). Your contributions are converted to a share holding every £100 and you can claim back 30% under the Enterprise Investment Scheme too!